Jim Christianson is a miracle. A man who lost his way only to find himself at the edge of his life too soon. As the end closes in around him, he is plucked from the darkness by the voice of God–and his life changes. He squares his accounts, meets a woman, realizes his calling as a writer, and begins a furious ascent to the pinnacle of the American dream. But when he gets there he stops, looks around, and decides that there has to be something else in life. Something bigger. Something more. Fueled his growing frustration with the American way of life, he begins to acknowledge a little voice inside of him that insists he break free. Because you can only deny that voice for so long before it starts to eat at you. And claw at you. And whisper in your ear at at 4:00 a.m. with the consequences of pretending that it doesn’t exist. Terrible thoughts that try to convince you that you don’t deserve anything good you’ve ever received and that the only way out might be with a bullet because standing in front of the mirror day in and day out watching your hair turn silver and deep lines appear on your face is a terrible way to live when there’s so much more just beyond the horizon. Past the gatekeepers. Into the abyss.

Hope and fear. Truth and deceit. Good and evil. Dreams and reality. These are the core themes of Minor King, but the story is simpler than that. It’s about a man trying to find his way. At any cost. 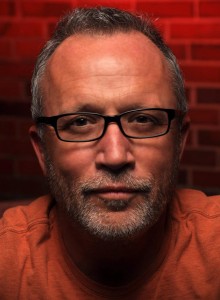 Jim Mitchem is a copywriter who found his way into advertising via a dirt path on the outskirts of society. Born with no obvious talent, Jim began writing at a young age as a way to lasso the stories that ran circles in his mind. Dismissed as folly when he shared them, he gave up writing for drinking at the age of 17. After a stint in the USAF, and armed only with a pen and looseleaf paper bound by elastic, Jim meandered through the US until he awoke in a gutter in New York City in 1991. His life and his writing have improved significantly since giving up booze. And while he doesn’t think that’s a coincidence, he does consider it damn ironic.

Minor King is his debut novel.